I was having a chat with a friend just the other day about how electricity is provided to houses.

I guess he’s like most people – he has absolutely no idea how electricity is dealt out to houses in this country. When we got onto the subject he started to ask lots of questions, and as I told him the answers his face made all sorts of fascinating expressions.

As he was so interested, I thought that you might be interested too. So, here’s a bit about how electricity is made and ‘pumped’ all the way to your house.

There are a couple of hundred power stations around the UK. Some of them run on coal, gas and oil, and some of them run without the use of fossil fuels, on things such as biomass and hydro. A couple run on nuclear.

Basically these power stations supply ALL of the electricity to their areas. They push out electricity at massive voltages. Obviously this would be useless (and downright dangerous) coming through the socket next to your bedside, so it has to be ‘stepped down’ before it reaches your street.

For that to happen, the electricity first goes to an electrical sub-station. This steps the voltage down to something more useful. The substation manages the amount of electricity that gets pulled from the main power station (the national grid) and put through to our streets. Employees manually work machines that pull through just enough electricity for all of our appliances to work. Pull through too much and they have to pay for it (actually, we end up paying for it through our bills – our rates go up), and if they don’t pull through enough, everything completely stops and the lights go out! It’s an important job!

The electricity is stepped down further again (to a voltage that we can use – 230v – in the home) when it gets to the end of our streets. You know those big metal cages you often see? Yep, that’s where it all gets transformed into a smaller voltage and fed into our houses.

There’s a fair bit more detail than what I have just shared with you there, but next time I come round, make me a cup of tea and I’ll explain the finer details of how electricity is provided to houses.

Electrical Compliance and why it is so important for your business 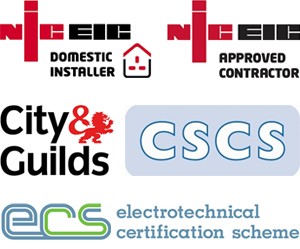